You are here:Home>News>KONE Will Deliver Elevators For Saudi Arabia’s Kingdom Tower

Elevator company KONE has won the contract to provide lifts and escalators for Saudi Arabia’s Kingdom Tower – set to be the world’s tallest buildings when it soars one kilometre high upon completion .

The building will be equipped 65 KONE elevators and escalators and a key to the deal was Kone’s new UltraRope hoisting technology. 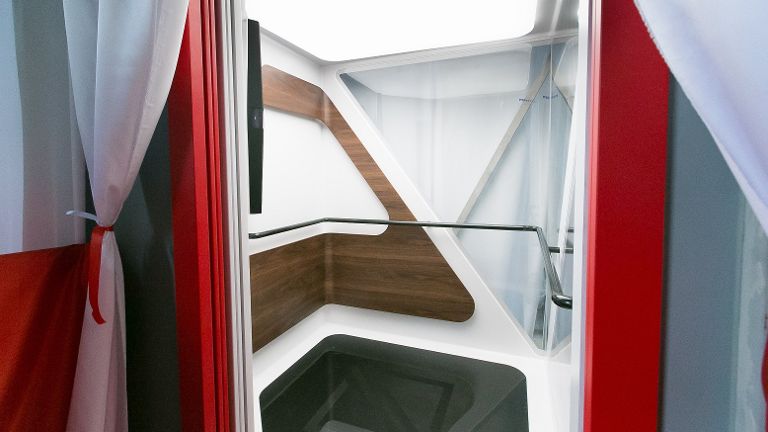 KONE UltraRope is a high-rise elevator technology that will enable elevator travel heights of one kilometre – twice the distance currently feasible.

In tall buildings the height an elevator can reach is limited by the weight of steel ropes needed to hoist it. The rope has to pull up not only the car and the flexible travelling cables that take electricity and communications to it, but also all the rope beneath it.

The job is made easier by counterweights but in a lift 500 metres tall steel ropes account for up to 75% of the moving mass of the machine. Shifting this mass takes energy, so taller lifts are more expensive to run.

Making the ropes longer would risk the steel would snapping under the load. But KONE says it is able to reduce the weight of lift ropes by around 90% with its new technology.

The company’s engineers say carbon fibres are both stronger and lighter than steel and have great tensile strength, meaning they are hard to break when their ends are pulled. That strength comes from the chemical bonds between carbon atoms: – the same way that gives such strength to diamonds.