You are here:Home>News>Danfoss Eleveator Drive Offers Increased Flexibility During Breakdowns

When an obsolete elevator drive goes down, options to get the elevator moving again are usually limited. Companies are often restricted to replacing the entire lift controller, which is both expensive and time-consuming, or repairing the existing drive, which can also prolong downtime and is not always possible. With the launch of the new Danfoss VLT® Lift Drive LD 302, retrofitting just the elevator drive itself is now a possibility with an off the shelf solution, keeping downtime to the bare minimum.

UK elevator drive specialist Northern Industrial have completed another successful retrofit with the new Danfoss VLT® Lift Drive. The project started when an elevator drive went down at a block of flats for elderly residents in Saltcoats, Scotland. The current drive, a faulty Ziehl Abegg Zetadyn, is now obsolete with no like-for-like replacement available. The nature of the fault meant it was also not possible to repair the drive within a short lead time. 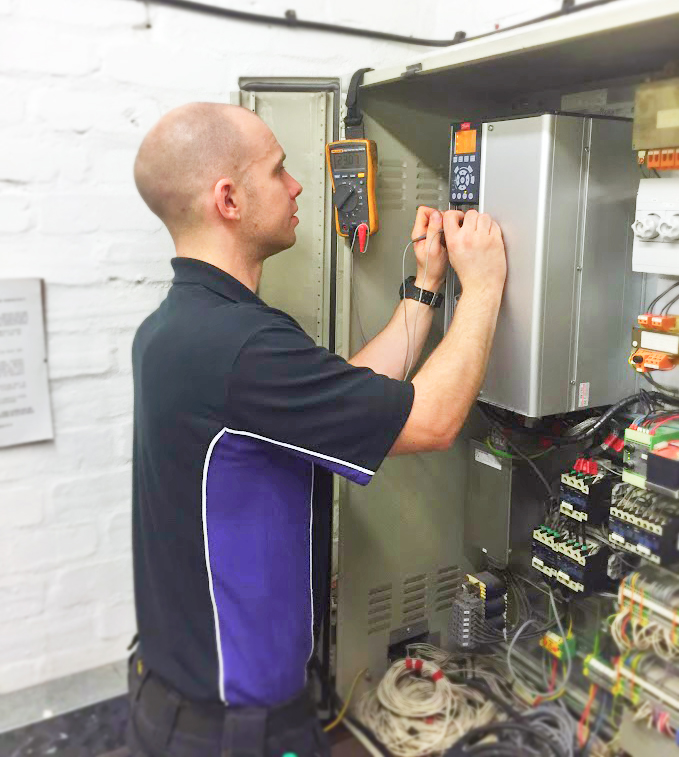 Previously, companies have attempted to replace obsolete elevator drives with standard inverters customised with option modules to run lift applications. As these aren’t dedicated lift drives, they are much more difficult to install and require a lot more time and effort to transfer parameters and programs due to the closed architecture. In a breakdown situation, the client just wants the lift to return to operation as quickly as possible. The LD 302 is ideal for speeding up installation as unlike the other VSDs, it boasts an open architecture with the simple menu structure written in plain, easy to understand language, to make retrofitting quicker and easier.

The Danfoss VLT® Lift Drive also provides a much smoother, quieter and faster ride than both the Ziehl Abegg inverter it replaced and the previous retrofitted units. The LD 302 has a specially-controlled fan which only runs when needed and completes more journeys per hour than the other lift drives in the building.

Upon completing the retrofit Ben Fordham, the engineer from Northern Industrial who fitted the drive, said “Fitting the Danfoss drive for the elevator application made it a lot easier to install as the drive uses elevator terminology. The drive’s design as a dedicated lift drive made it easier to configure and saved us from having to replace the whole controller. We were able to configure the Danfoss drive to provide a smoother ride with quieter operation which was important to the residents in the building.”